Stupid input tricks with the MiSTer

Stupid input tricks with the MiSTer

@Enablescanlines and I were chatting on the MiSTer Discord earlier. He raised the idea of using the $100 Xbox Adaptive Controller along with a foot pedal to control the MiSTer. I have one here, along with the $100 Logitech Adaptive Gaming Kit - which provides a number of sensors for the controller.

I hooked up the 2.5" "large" button to the Xbox menu button on the adaptive controller. I paired the controller via the xow (Xbox One wireless adapter) and configured it via the MiSTer main menu. And... it worked! I was able to trigger the MiSTer OSD menu with my foot. Unfortunately the Logitech buttons aren't really meant for foot use. The button has mounting screws on the back, but would need something attached or a non-slip rubber pad.

But the Xbox Adaptive Controller uses simple mono 3.5mm audio jacks for its inputs. I remembered that another foot accessory uses the same thing - the Rock Band drum kit kick pedal! Sure enough, it works. Kick your way to victory! 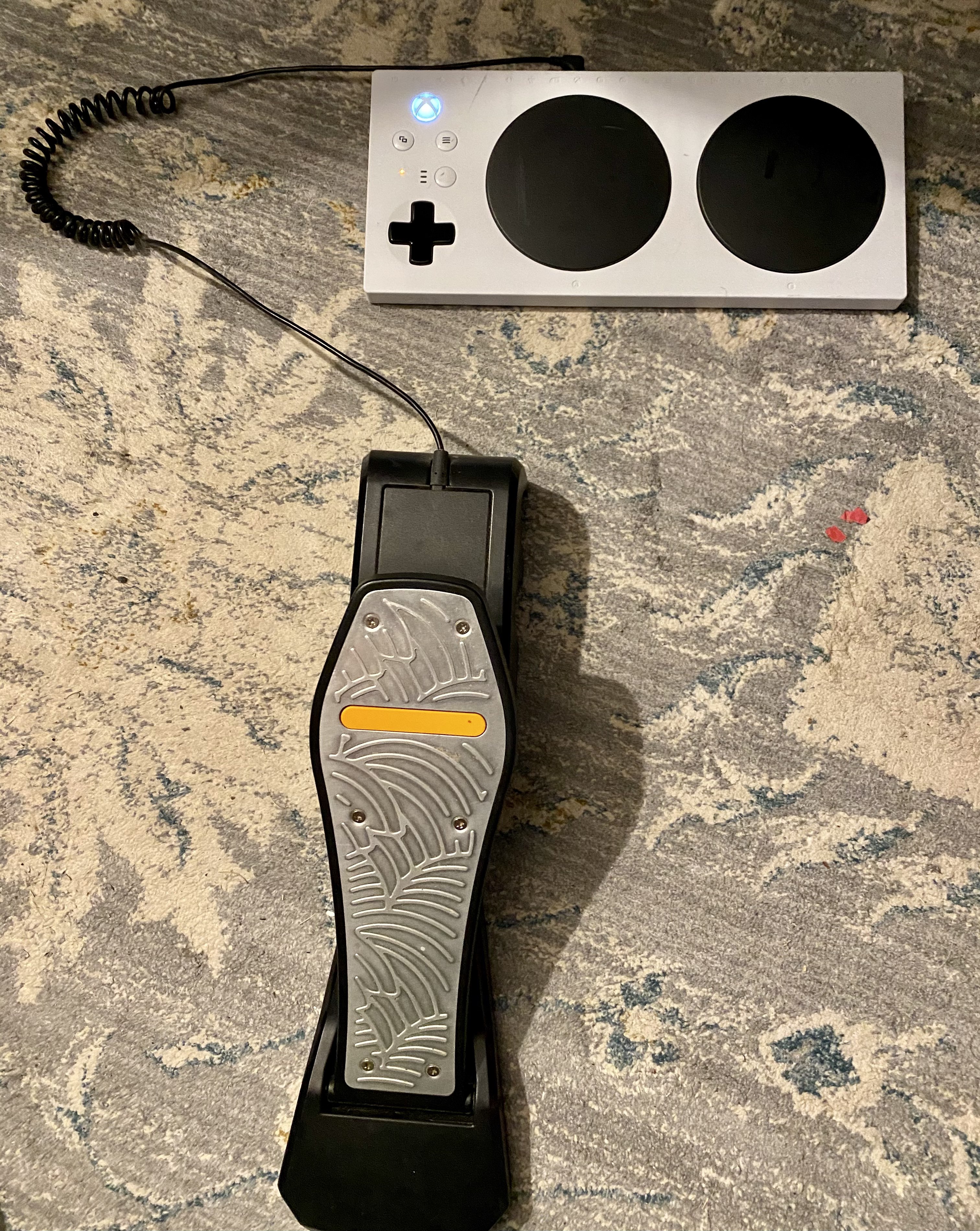 Re: Stupid input tricks with the MiSTer

This is fantastic. My day job is working with people with disabilities and I love seeing that things are capable of working with adaptive equipment such as this.

Not only that, but I imagine there are countless possibilities with this controller and some of the more in depth sims playable on the ao486 core.
Top
Post Reply
2 posts • Page 1 of 1